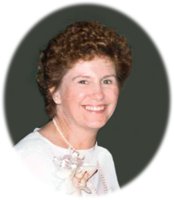 Shirley passed in her sleep on Saturday, March 14, 2020 at Mauno Kaihla Koti, after fighting kidney disease for almost sixty years. Strike up the band and make room on the dance floor. After a separation of twenty years, Shirley has been reunited with her dance partner and husband Zepi. The matriarch of five generations, Shirley is the beloved mother of Linda King (Ross), Butch Lamming (Colleen) of Milk River AB, late Angelo, Richard (Debra) of Burlington and Danny (Jill). Grandmother of Troy Irvine (Maritoni) of Grand Prairie AB, Lisa Irvine (Paul) of Dawson Creek BC, and Noni to Ryan and Sean Zago. Great Grandmother of 9 and Great Great Grandmother of 3. Daughter of the late John and Myrtle O’Neil. Daughter-in-law of the late Angelo and Theresa Zago. Sister of the late Joan Foltz (late Pat) and the late Jerry O’Neil (Sandra). Sister-in-law of the late Daniella Taffini of Corona California, late Bruno (late Bertilda), and Blanche Bell of Niagara Falls. Step daughter of the late Blanche O’Neil and the late Pearl O’Neil. Step sister of the late Jack McLean (Bert), Susan Esposti, Gerry Bousineau, Terry Bousineau and Jody Bousineau. She leaves behind many nieces and nephews. Shirley was a Past President and a longtime and proud member of the Electra Marconi Society. She worked many years in the Station Mall, selling t-shirts and brass fixtures, as well as volunteering for the Bon Soo store. She loved to dance and would often grab her husband’s hand determined to be the first couple on the floor. She enjoyed being a member of the women’s bocci league at the Marconi, had fun playing gin rummy and cribbage and loved maintaining her photo albums. Gardening was a great passion and she tilled the soil for over forty years at her home on Indiana Drive. She loved to paint and decorate the rooms in her home and you were never sure you would see the kitchen the same colour on any two consecutive visits. Shirley was a mentor to several young women during her time in the retail sales. One thing for sure, she was never shy about sharing her opinion on any topic. A celebration of life will be announced for the spring, when the flowers are in bloom. Thank you to the caring staff at Pathways Retirement Home, Finnish Rest Home and the SAH. Memorial donations to the Kidney Foundation would be appreciated by the family. Arrangements entrusted to Northwood Funeral Home Cremation and Reception Centre (942 Great Northern Rd, 705-945-7758). Rest in Peace, Shirley. You can now make your own stardust.