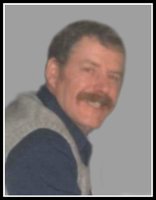 Born March 25, 1954, the Creator brought Reg home in his 67th year after suffering a short illness, peacefully on Tuesday, August 18, 2020. Son of the late Joe and late Eveline (Micks) Bennett. Predeceased by his brothers Caleb and Thomas and sisters Joanne and Donna. Survived by his sister Maudie and brothers Art and Rick. Father of Katrina and Tyler. He will be fondly remembered by his many nieces and nephews. Reg was born in Thessalon and raised in Bruce Mines. He graduated from George Brown College as a Meat Cutter and held positions with several large grocery store chains before starting his own business in the North Bay area. When Reg moved back to Bruce Mines 14 years ago, he became involved with the Metis and held various positions with the North Channel Metis Council. He was well aware of the struggles endured by the many Metis in establishing Metis rights. He will be missed by his friends and family and by the Metis community. A private Memorial Service will be held. Memorial donations to the Bruce Station Horticultural Society would be greatly appreciated. Arrangements entrusted to Northwood Funeral Home Cremation and Reception Centre (942 Great Northern Rd, 705-945-7758).