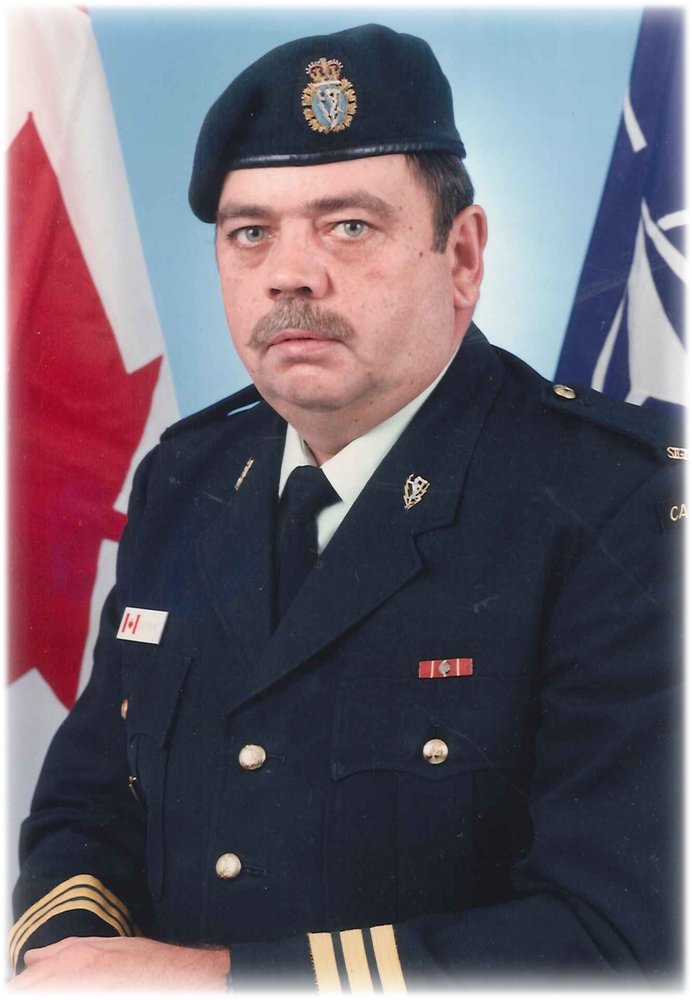 LEFRESNE, LCol (Retired) Wilfred Joshua James (W.J.J.), CD – Passed away at home on Thursday, November 7, 2019 at the age of 74. Beloved husband of Kay for 51 years. Much loved Dad of Peter (Sheila) of Richmond, Indiana and B.J. “Brian” (Kimberly) of Guelph, Ontario. Proud Grandpa of Fiona, Brandon, Emily, Ellison and Quinton. Son of the late Joshua and Gertrude. Brother of the late Garth (late Vizma). Wilfred was a 1967 graduate of the Royal Military College of Canada and was commissioned into the Royal Canadian Corps of Signals. He received a Master of Arts degree from Webster University (Webster Groves, Missouri) in 1982. He served in the Canadian Army in the Communications and Electronics Branch, including service in West Germany at CFB Lahr with 4 Canadian Mechanized Brigade Group Signal Squadron (1974-77), and then returning to CFB Kingston as Commanding Officer of 1 Line Troop (1977-80). His later assignments included duty with NATO’s Supreme Allied Command Atlantic (1987-91) in Norfolk, Virginia, and Allied Forces Central Europe (1991-94) in Brunssum, The Netherlands. Wilfred retired from the Canadian Armed Forces in 1995 at the rank of Lieutenant-Colonel. Upon his retirement, he moved to Sault Ste. Marie and became the Executive Director of the Algoma District Network (ADNet), working to improve cellular service and broadband internet connectivity for communities and businesses in the Algoma region.  Friends and family are invited to visit at Northwood Funeral Home Cremation and Reception Centre (942 Great Northern Rd, 705-945-7758) on Tuesday, November 12, 2019 from 3:00 pm until the time of the memorial service in the chapel at 4:00 p.m. with Father Pat Woods officiating. Interment will be in the spring at Riverside Cemetery in Germfask, Michigan. Memorial donations made to the Canadian Cancer Society would be appreciated by the family.

Members of the Royal Canadian Legion Branch 25 are requested to assemble for a memorial service of the late Wilfred Lefresne on Tuesday, November 12, 2019 at 3:45 p.m.

At the going down of the sun and in the morning, we will remember them.