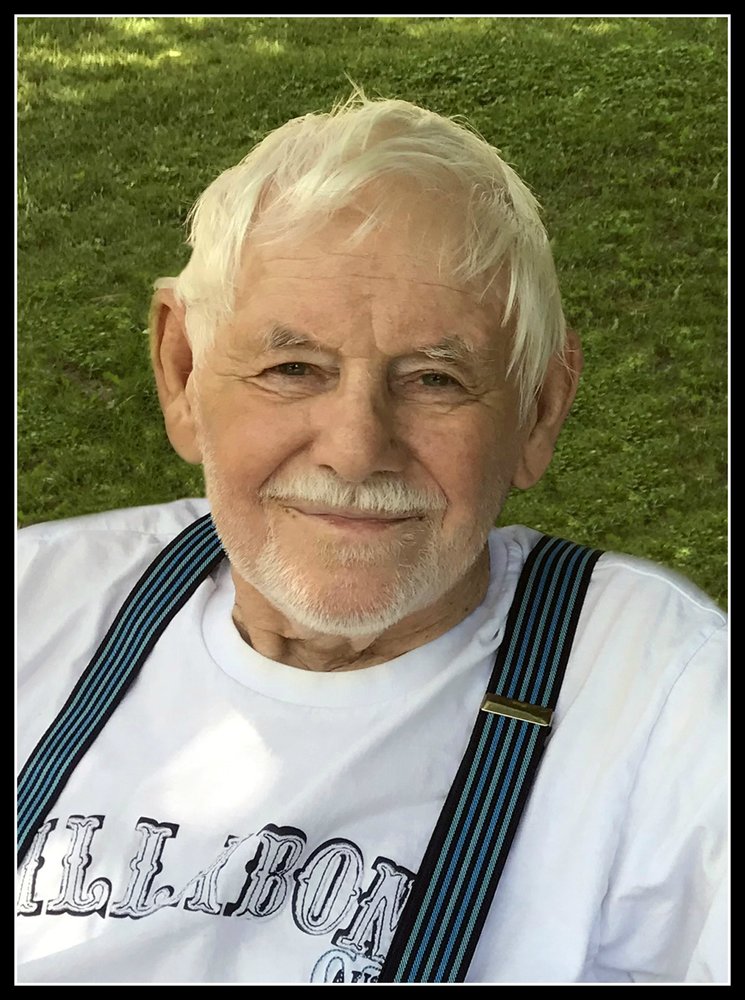 It is with heavy hearts that we announce the passing of a kind, caring, and gentle man.  On Tuesday, November 12, 2019 at the age of 86, James Raymond McBurney peacefully passed away in his home in the loving arms of his wife and family.  For 59 years, he was the most devoted loving husband and soulmate to his wife Shirley.  In addition, he was the proud, loving, and supportive father to his five sons: Mark of Sault Ste. Marie, Shawn (Carole) of Collingwood, Michael (Céline) of Sarnia, James (Amanda ) of Melbourne, Australia, Jason (Stacy) of Sault Ste. Marie, and to his daughter Catherine Brousseau (Matthew) of Barrie.  Proud and cherished grandpa of Cody, Brandon, Mikaela, Aidan, Alec, Olivia and Ava.  Much loved brother of William of Sault Ste. Marie, the late Lucille Greenwood (late Lorne) and the late Maxine (late Cliff) Cochrane.  Son of the late Raymond and Lucy McBurney.  Uncle to Steve (Brenda) Cochrane and great uncle to Marnie and Jeff.  Dearly loved son-in-law of the late Mary and Leonard Gray. Brother-in-law to Don (May) Gray, Merle (Maye) Gray and the late Glen (June) Gray.  He will be fondly remembered and missed by many friends and neighbours.  James was a true example of strength and loyalty.  We are so grateful to have had such an amazing role model teach us the value of family, hard work, and compassion towards others. James was extremely humble about his many accomplishments.  He is well known for the achievements he had as a ‘Soo Greyhound’, where he won a Championship (1954-55).  Other successes include winning the OHA scoring championship (1952-53) with the Galt Blackhawks, which resulted in James’ subsequent advancement to play one game with the Chicago Blackhawks of the NHL.  After his hockey career, James’ successes continued as he started his own Insurance Adjusters business in Sault Ste. Marie and its surrounding areas.  He worked hard and always provided for his family by putting them first above all. There will be no visitation.  Friends and family are invited to a Funeral Mass at Precious Blood Cathedral on Monday, November 18, at 1:00 p.m. with Father Hamish Currie officiating. Interment at Greenwood Cemetery. Friends and family are invited to a Come & Go Celebration of James’ life at the DELTA Hotel 3:30 p.m. until 6:30 p.m. In lieu of flowers, a memorial donation to ARCH, SAH Cancer Care Fund or the charity of your choice would be greatly appreciated. The family would like to thank Dr. Wilson from the Palliative Care Unit, Kaitlyn, Wendy, Ilena, Leo and Jeff from Bayshore Nursing and WE CARE.  We would also like to thank Dr. E. Beduhn, Dr. J. Reich and Dr. G. Berg for their wonderful care over the years. Arrangements entrusted to Northwood Funeral Home and Cremation Centre (942 Great Northern Rd, 705-945-7758).

To send flowers to the family or plant a tree in memory of James McBurney, please visit Tribute Store
Monday
18
November