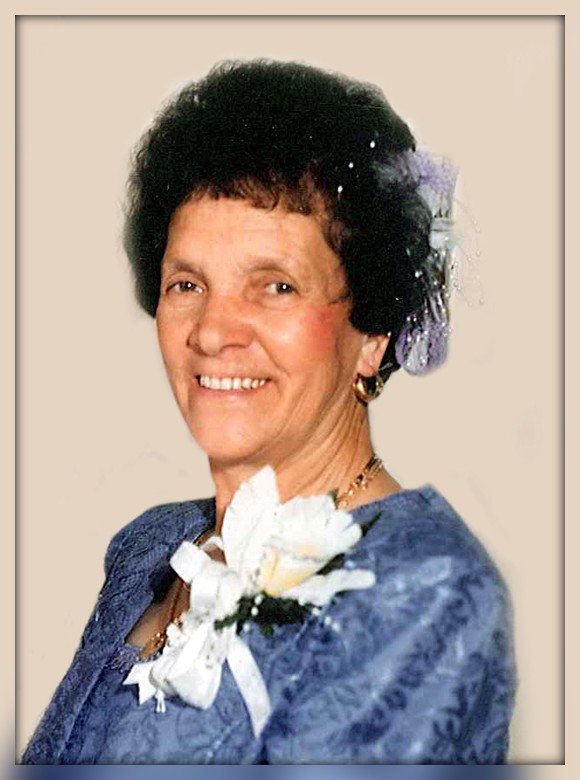 Peacefully with family by her side at the FJ Davey Home on Monday, July 26, 2021 at the age of 92 years. Beloved wife of the late Settimio. Loving mother of Michael (Giuseppina) and John (Rosina). Beautiful Nanna of Tammy Bruni, Tracey Bruni (Dave), Michael Bruni Jr., Giuseppe Bruni, Sam Bruni (Ivana), Tina Elliott (Jamie) and Lori-Anne Nowitski (Brad). Great Nanna of Keegan, Liam, Glen Michael, Jace, Alicia, Aidan, James, Victoria, Nicholas, Arianna and Gabriella. Predeceased by her parents Pietro and Annetta Bruno. Dear sister of the late Eugenia (late Salvatore) of Italy, late Giuseppe Bruno (late Erminia) and the late Vittorio Bruno (late Erminia). Sister-in-law of the late Francesa Bruni, late Ortenzia Cuglietta (late Gasparro), late Angelo Bruni (late Antonietta) and the late Giuseppe Bruno (late Ida). She will be fondly remembered by her many nieces and nephews. A private family service will be held. Memorial donations to the Alzheimer Society of Sault Ste. Marie would be greatly appreciated by the family. A heartfelt thank you to all the nurses and staff at the FJ Davey Home for their care and the love shown to Iolanda over the years. Arrangements entrusted to Northwood Funeral Home Cremation and Reception Centre (942 Great Northern Rd, 705-945-7758).