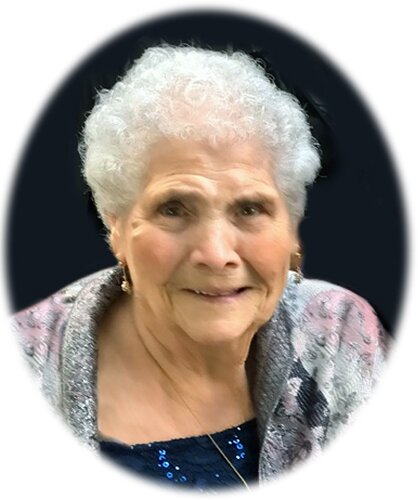 Barbara was born in San Giovanni in Fiore, Italy in 1925. She and her husband Pasquale were part of the post World War II migration of Italians to Canada. After an unsettling first attempt at settling in Sault Ste. Marie in 1952, she came back to Canada in 1956 with four of her six children to settle permanently in Sault Ste. Marie. Barbara was known by family and friends for her warmth and her generosity. She touched everyone with heart warming stories. She insisted on keeping the best of southern Italian customs and traditions, many of which are now carried on by her children and their children.

Barbara was ready to set her table for anyone who came into her home. They came to realize the amazing and delicious taste of her southern Italian recipes. She was happiest when she knew people were enjoying her hospitality.

Due to pandemic restrictions, a private service will take place.

The family would like to thank the March of Dimes and all the PSWs that took care of Barbara.  Barbara was so happy to see these special ladies every day. Barbara became very fond of one special PSW, Vicki Fecteau. She was so blessed to have Vicki care for her for the past 7 ½ years. Thank you so much Vicki for the love and support you showed our mom. Special thank you to the nurses from Bayshore , especially Brandi for the care and compassion shown to our mom.

Special thanks also to Dr. Jarrett and Dr. Apostle for their medical support.

In lieu of flowers, the family kindly asks that donations be made to the Sault Area Hospital Foundation in memory of Barbara Bitonti.