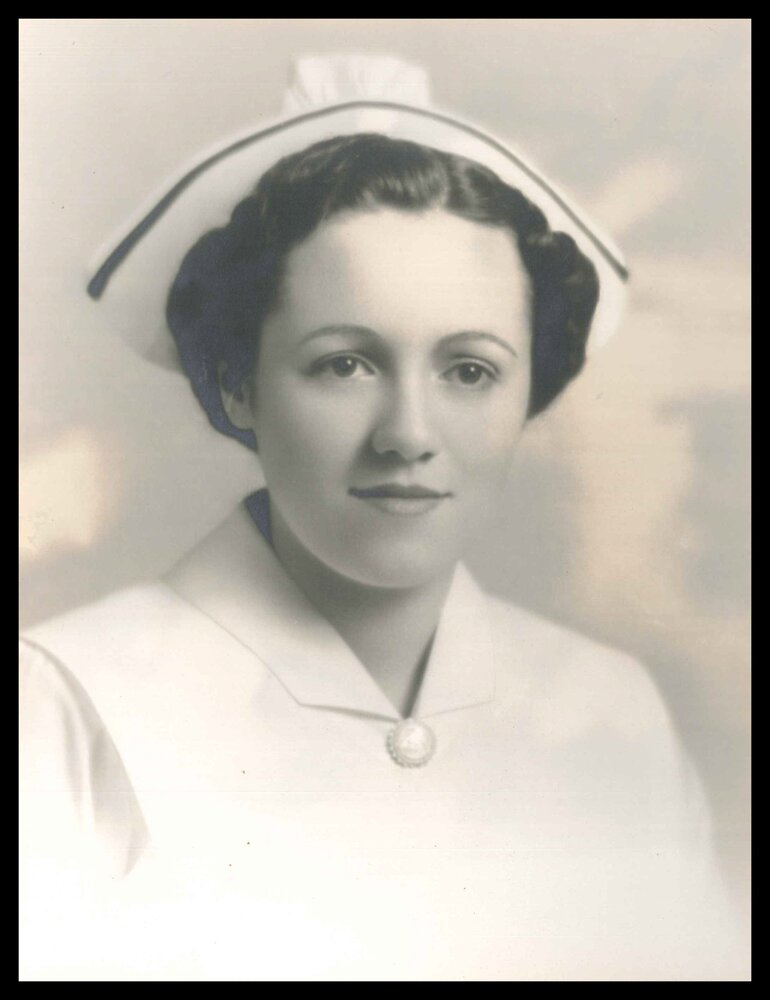 Elva was born in 1918, the year that marked the end of World War I and the onset of the Spanish Flu pandemic. The eldest child of Neil and Laura McPhee of Cochrane, Ontario, her father supported the family selling farm implements and horses to the lumber industry in northern Ontario, bringing horses by train from western Canada.

An excellent student, Elva left to study nursing, alone, in Toronto at the age of 18. She met her husband Hugh Hanlan of Kapuskasing, on an Ontario Northland train trip home. Elva had fond recollections of her nursing student days at Toronto Western Hospital. A roommate named Jean Earle from Fogo Island, Newfoundland would regularly receive packages of salt cod from home, and the two women remained lifelong friends.

After the Second World War, Elva and Hugh were posted to Sault Ste. Marie with the OPP. Elva’s husband Hugh became Superintendent of Parks and the family lived in the house at Bellevue Park from 1943 to 1971.

Once her children were all in school, Elva returned to nursing at the Plummer Memorial Public Hospital maternity ward until her retirement at age 65. Enjoying meeting new friends and families on each shift, she was often called in to care for premature babies, who she would remember and greet in the community years later. She often flew with babies to Toronto’s Hospital for Sick Children.

Elva was the matriarch of the family, driving her own car until age 90, and caring for family, friends, and neighbors. As Mum and Nana, she made everyone in her family feel special and had a remarkable memory for the details of each one’s life, even after she passed her 100th birthday.

The family is grateful for the care and compassion of the staff at Extendicare Maple View. A celebration of Elva’s life will be held in the spring of 2022. In lieu of flowers, memorial donations to the charity of your choice. Arrangements entrusted to Northwood Funeral Home Cremation and Reception Centre (942 Great Northern Rd, 705-945-7758).