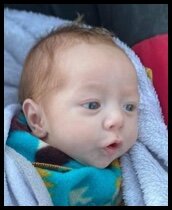 Please share a memory of Charlie to include in a keepsake book for family and friends.
View Tribute Book

A private family service has been held. Memorial donations to ARCH would be greatly appreciated by the family.

Special thanks to Desmoulin/Migwans family for all your help, love and support. We want to acknowledge Carly Ochman/Jon Moffatt, and Dorothy Elie for the love and family support. Thank you to the fire keepers, our family coming from Sagamok to be with us and our beloved neighbours. A heartfelt thank you to the City Police, Fire and EMS as well as the SAH Emergency Department, especially Courtney, for their care and compassion during this difficult time.