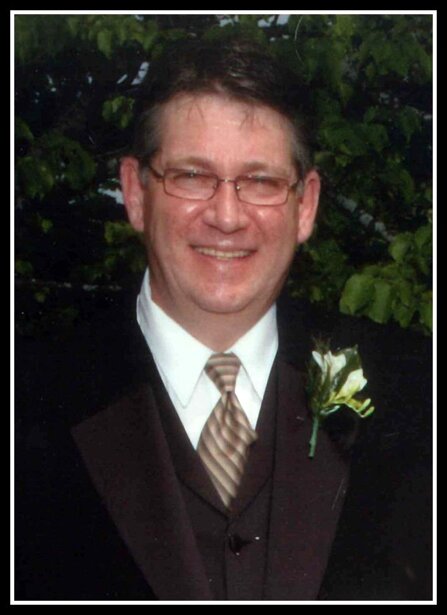 The world is shy of one great guy. On Thursday, March 31, 2022, John passed away peacefully surrounded by the love of his family. He stayed strong and never lost his sense of humour, but ultimately lost his short battle with cancer. He leaves behind the love of his life, Carol of 46 years and their three strong independent daughters they raised together, Jamie McLeod, Chrissy McClelland (Chris) and Lindsay (Matt Jones). Friend and father-in-law of Jonathan McLeod. The centre of his world were his grandchildren known as “Big G” to his “Little G” Jaxon McLeod and grampa to Carter and Kaylee McClelland and Big John to Colton and Easton Jones. Son of Dorothy and the late Jack. Son-in-law of the late Lornie and Jean Roussain. Brother of Michael (Geoff), Tyler (Nancy) and Tracy. Brother-in-law of the late Tommy, Doug, Bob (Laurie) and Peter (Norine). Special uncle of Johnny Miners (Robin) and “Uncle John” to many of his extended family.

He retired from Algoma Steel after over 30 years. John’s happiest times were spent on his family island with the people he loved most. He was the leader, the guard, the caregiver and the “rock” to all who loved him.

A Celebration of Life will be held on Monday, April 4, 2022 at The Machine Shop (83 Huron Street, main room, please use the west door) from 4:00 p.m. until 8:00 p.m. Memorial donations to ARCH would be greatly appreciated by the family. A special thank you to close family friend, “nurse” and strength, Debbie Graystone, Dr. Luke Fera, Dr. Nicole Apostle and ARCH and their staff for the care and compassion shown to John and our family.