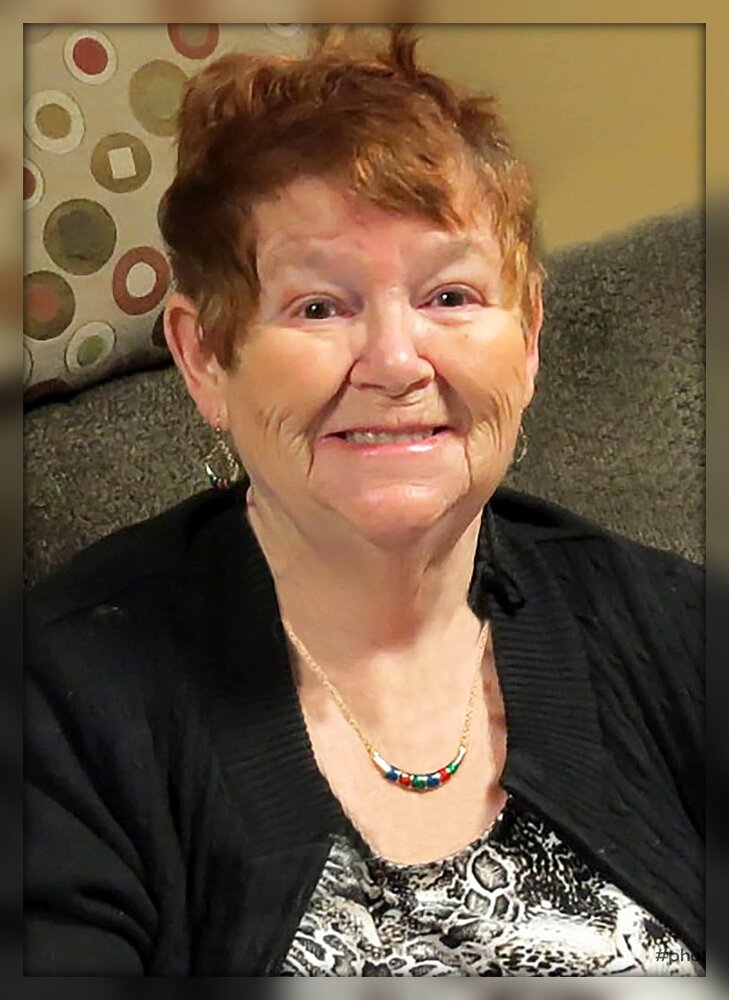 Please share a memory of Mary to include in a keepsake book for family and friends.
View Tribute Book

It is with heavy hearts that we announce the passing of Noreen (Neen) on Sunday, May 8, 2022 at the Sault Area Hospital in her 80th year. With her family by her side, she peacefully took her last breath and released her pain and illness to God. Beloved wife and friend of Gerald “Gerry” for 24 years. Loving mother of Kelly Iaconis (Joe), the late Cindy-Lou Bootle (John) and the late Eddie Ambeault. Proud grandmother of Grant “Wee G” Iaconis (Sheri), Penna “Peanut” Edwards (Corey) and Elizabeth “Little Bits” Scott (Matt). Cherished great-grandmother of Sophia, Victoria & Fiona Scott and Quinn & Peyton Edwards. She is now reunited with her parents Charles and Eleanor Montgomery. Noreen will always be remembered by her siblings, the late Tom Murray (late Fern), Charles Alex Montgomery (Debbie), John Montgomery (Diane), Graeme Montgomery (Evelyn), Sharron Latendresse (Albert), Shannon Stephenson (late Roger), Sue McInroy (late Will), Michael Montgomery and later in life Noreen discovered a long-lost sister, Sandi Cybulski (late Nelson). She will be sadly missed by her many nieces, nephews and extended family.

Noreen spent many years as a home daycare provider in both Ottawa and Sault Ste. Marie. She always went above and beyond to provide the best and loving care for those who entrusted their children to her. As a devoted woman of faith for the Catholic Church, she was active as an RCIA leader, choir member, lector and Eucharistic Minister for over 30 years. She was an avid reader with a wealth of random knowledge, especially surrounding the Monarchy. She also loved to do crossword puzzles. Noreen was a part of a few dart leagues where she quickly became a crowd favourite and will be deeply missed by all her friends.

After Noreen suffered a stroke in early 2006, she began attending VON (Victorian Order of Nurses). It was there that she received therapy, made lifelong friends and enjoyed showing off her grandchildren and great-grandchildren that she was so proud of. The group always looked forward to Halloween and tried to guess what costume she had for each year.

Family and friends are invited to visit at Northwood Funeral Home Cremation and Reception Centre on Friday, May 20, 2022 from 10:00 a.m. to 11:45 a.m. Funeral Service to follow in the Chapel at 12:00 noon. A private graveside service will take place at a later date. In lieu of flowers, memorial donations to the Lung Association, Heart & Stroke Foundation or the Kidney Foundation would be greatly appreciated.

Our family would like to thank Dr. Apostle and Dr. Hemi for their care and also, the caring staff on 3B Palliative at the Sault Area Hospital. A special thank you to her nurses Natalie and Erica and all her personal support workers, as well as Amy L. for their compassionate care and support while at home.