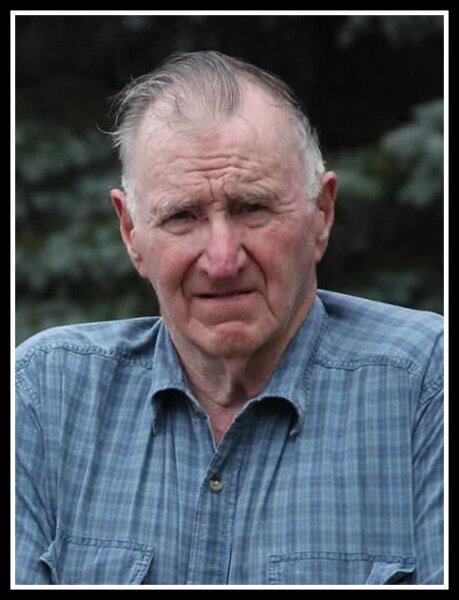 Please share a memory of Ed to include in a keepsake book for family and friends.
View Tribute Book

We are saddened to say goodbye to Ed, who left us quietly and with his family at his side on Tuesday, June 7, 2022.

Ed first met the love of his life in grade school, married her in 1958 and grew in love for the next 64 years, until she lay beside him and held his hand as he passed.

Ed was a respected member of the community, well-known as a race car driver from the early days of the Case Road track, driving fast and clean, filling a wall of trophies and bringing home stories of adventure.

This strong and hardworking man, with hands battered and bashed by years working as a mechanic, was a softie, who would open the rough hands to any stray animal or a person in need. The house and yard hosted ducks, baby raccoons, cats and dogs, bunnies, and even a family of skunks who recognized a soft touch.  His dogs (Dudley and Bob) were his constant companions and the recipients of too many treats, and a spot on the bed.  Family and friends who asked always received his help, with more than one late-night car repair in the winter cold. Dad would drive for hours to be there for people who needed him, but to be fair, he would also drive for hours just for the sake of driving.

A gathering of family and friends will take place at Northwood Funeral Home Cremation and Reception Centre (942 Great Northern Rd, 705-945-7758) on Friday, June 10, from 1:00 p.m. to 3:00 p.m. Memorial donations to Sault Search and Rescue (one of dad’s adventures) or Northern Critters in Need can be made to remember this extraordinary and loved man.

The family would like to thank the caring staff of Maple View Tunnel Lake Unit, Sault Area Hospital Emergency staff, 3B nursing staff, Dr. Shafiee, and the family and friends who have supported us all in the transitions of the past several years.