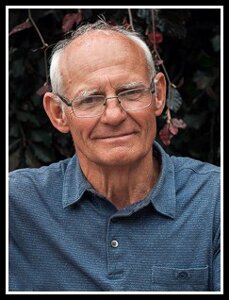 Please share a memory of Blaine to include in a keepsake book for family and friends.
View Tribute Book

The family of Blaine is saddened to announce his peaceful passing at the age of 77 on Thursday, June 23, 2022, with his wife, Nancy (nee Garrett) of 56 years at his side.

Loving father of Doug (Jenn) of Paramali, Cyprus, Julie (Charles Gravelle) of Brampton and Karen (Dwayne Dobson) of Garden Bay, BC. Cherished grandfather of Maddie and Aiden Gravelle, Katrina and Cam Konzuk and Emily Dobson. Predeceased by his parents, Louise and Paul Konzuk of Sault Ste. Marie, and brother, Keith Konzuk (Cheryl Burch) of Regina. Brother–in-law of George Garrett (Sharon) of Parksville, BC and Pat Garrett (Sue) of Dundas, ON. Uncle of Jason Konzuk (Jackie) of Calgary, AB, Jane Wilson (Mike) of Waterdown, ON, Melissa Ilievski (Nick) of Hamilton, ON, Jim Garrett (Tammi) of Jarvis, ON, Kari Garrett (Rob) of East Garafraxa, ON and Chris Garrett (Sarah) of Victoria, BC., and great-nieces and nephews, Mila and Liam Ilievski, Harrison Garrett, Matthew and Brendan Wilson. Also missing him are his aunts, Margaret Drescher and Anne Clarke of Sault Ste Marie and their families.

Blaine graduated from Sault Collegiate and was proud of his years on the winning Wildcats football team.  He went on to earn a degree from Queen’s University and then his Chartered Accountants designation. His career took him to southern Ontario with Beatrice Foods Inc. He was treasurer at the Beatrice Lakeview Dairy plant in Barrie, before advancing to Vice-President and Chief Finance and Administration Officer at Beatrice head office in Mississauga.  He finished his work career as General Manager of the Beatrice Malcolm Food Specialties plant in St. George, ON near Cambridge. Retirement found him back north in Bruce Mines where he and Nancy have lived for 22 years.

He will be remembered by the strong handshakes he gave, the buildings he built, the boats he piloted, the slopes he skied, his “slash and burn” hockey style, the twinkle in his eye and the strong love he had for his family and his dogs.  He was always up for a road trip in our RV or a family interior camping canoe trip where he had to do each portage twice carrying two canoes. He later earned the nickname as “bad Grandpa” for his teasing of his grandchildren. His peaceful place though was sitting on the dock at home and just enjoying all that nature provided.

He was the rock in our family upon which we all leaned. There is a big empty space in our lives now, but we are all so glad that he is at peace and without the frustrations of Alzheimer’s disease that gradually took away his independence over the past 10 years.  We are extremely grateful for the inspiration, encouragement and stimulation provided by the Minds and Motion program at the Alzheimer Society in the Sault under the cheerful guidance of Debbie Sorokopud, the LINK coordinators that gave us moral support , and the Day Away programs at the Trefry Centre and VON for providing respite and social interaction.  Also, many thanks to the staff at Extendicare Maple View especially in Tunnel Lake, who became his family for the past 2 ½ years. The compassion they showed was heartwarming and he felt it.

Cremation has taken place.  A Celebration of Life will be held on Thursday, July 28, 2022 from 1:00 p.m. to 4:00 p.m. at the Lighthouse Lounge at Bruce Bay Cottages and Lighthouse at the end of Bruce Bay Road in Bruce Mines. Follow the signs to the lighthouse. Remembrances will begin at 2:30 p.m. Please come and share a story.

In lieu of flowers, memorial donations to the Alzheimer Society of Sault Ste. Marie, Maple View Resident’s Council or a charity of your choice would be appreciated by the family. Arrangements entrusted to Northwood Funeral Home Cremation and Reception Centre (942 Great Northern Rd, 705-945-7758).