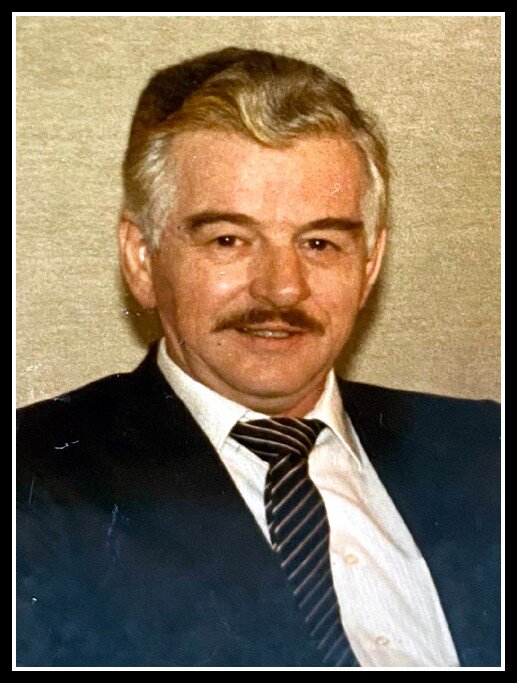 Please share a memory of Frederick to include in a keepsake book for family and friends.
View Tribute Book

Born in Rosyth, Scotland in 1928, passed away at ARCH on Wednesday, August 24, 2022, just shy of his 94th birthday. Fred was married to his beloved wife Gloria for 42 years. He immigrated to Canada in 1965 with his first wife Mary and three children, Steven (Brenda), Carol Ann Hillock (Kevin) and Lorna Winstone (Trent). He was a stepfather to Gloria’s two children Curtis Schwartz (Tammy) and Laurie Zuzan (Bruce) and had 11 grandchildren collectively. Predeceased by his sister, Sister Teresa Margaret of the Carmelite Monastery in Fife, Scotland.

Fred joined the Royal Navy in 1944 and was stationed on HMS Illustrious as a radar operator. He completed his Chemical Engineering degree at The University of Glasgow and specialized in the science of Metallurgy. He accepted a position at Algoma Steel in Sault Ste. Marie in quality control where he worked for the next 28 years.

Fred was the first bridge Master in the Sault and won a prestigious bridge tournament, The Thomson Cup in Great Britain in 1965. He was well known at the Sault Bridge Club as an accomplished player. Fred’s classic line playing cards will always be remembered by family, as he would proudly play a card proclaiming, “not through the iron duke”! Cheerio to a remarkable husband, father, “Canadian” and loyal Scotsman.

At Fred’s request there will be no funeral services. In lieu of flowers, memorial donations to ARCH would be greatly appreciated by the family. Arrangements entrusted to Northwood Funeral Home Cremation and Reception Centre (942 Great Northern Rd, 705-945-7758).