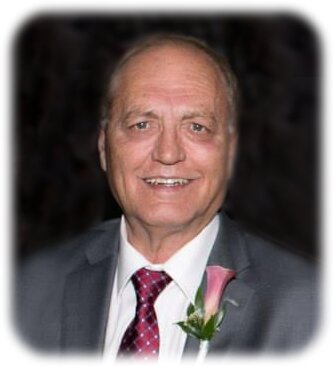 Jim was a skilled trades man but especially enjoyed his career as an Industrial Sales Rep. He loved meeting new people and valued the many friendships and connections made over the years. He was a member of the Masonic Lodge and was very proud to have achieved Master of the lodge twice. Jim had many interests, he enjoyed tinkering, working around the yard, his home on Blue Water Bay was his happy place. He was always ready to lend a hand or help a friend or neighbour, but it’s safe to say nothing compared to the love he felt for his wife, children and grandchildren. They were his everything.

There are no words to truly describe the loss of this incredible man. A loving husband, father, grandfather and friend. He will be missed by all who knew him and his memory will forever live on through his family.

Friends and family are invited to attend a memorial service at Northwood Funeral Home Cremation and Reception Centre (942 Great Northern Road, 705-945-7758), on Tuesday, November 1, 2022, at 11:00 a.m. with Jim’s dear friend Mr. Mark Seeler officiating. Memorial donations to ARCH would be appreciated by the family.

Thank you to the staff at the Victoria London Hospital, Doctors Nicole Apostle and Vicki Coccimiglio, and nurse Sierra Grey for the care and support shown to Jim and our family. Special thank you to the wonderful staff at ARCH for making Jim’s final days comfortable.

Members of the Masonic Lodge are requested to assemble at the Northwood Funeral Home & Cremation and Reception Centre on Tuesday, November 1, 2022, by 10:45 a.m.