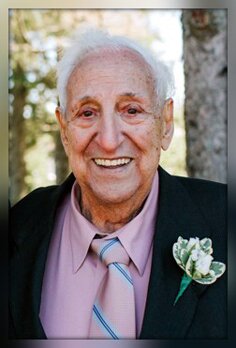 It is with heavy hearts that we announce the peaceful passing of our beloved father at the age of 91, on Sunday, December 11, 2022. He is now reunited with his beloved wife Loretta and sons Alan and Donald. Dad will be deeply missed by his children Jim (Carol), Christine (Dan), and Rosemary (Norm). His grandchildren Corey, Adam, Kayla, Julian and Sonya; as well as his great grandchildren Ayden, Hailey, Connor, Eloise, Georgia, Sophia and Owen will cherish his memory. Brother of Mary Goodship (Jerry), Ted, Rita Reed (late Joe), Fred (Arylene) and Wayne (Evelyn). Brother-in-law of Tina Wilson (Norm), Shirley Ruggaro (John), late George Miller (Theresa), Bob Miller, Jim Miller (Nellie), Betty Folz (Gerry) and Leone Vondette (Lou). Joe will be fondly remembered by his many nieces and nephews. Together mom and dad shared 45 years filled with love, laughter, adventures, built many long-lasting friendships, family, hardships and sorrow. Years later, after mom's passing in 1997, Joe was reacquainted with an old school friend Enes Mazzer. Joe and Enes were great companions for each other, sharing outings to the casino, dinner dates and daily get-togethers with their coffee group. Dad was deeply saddened when Enes passed.

Dad was born June 27, 1931 in Sault Ste. Marie. He was the second oldest of six children to Ida and Pat Belsito. He started working at a young age shining shoes. At the age of 16 he began a 39-year employment with Algoma Steel. Joe married the love of his life, our mother, Loretta Miller on November 26, 1952. They were blessed with 5 children. Dad enjoyed many hunting and fishing trips with his boys, nephews, brothers and brothers-in-laws. He loved camping, bowling and travelling with family and friends. Dad always had a sense of humor and loved to tell jokes. He loved gardening but his biggest passion was watching baseball and the Soo Greyhounds.

Cremation has taken place. A celebration of Joe’s life will be announced at a later date. In lieu of flowers, memorial donations would be greatly appreciated to the Heart and Stroke Foundation or the OFRA MKK Nursing Home. Arrangements entrusted to Northwood Funeral Home Cremation and Reception Centre (942 Great Northern Rd, 705-945-7758).