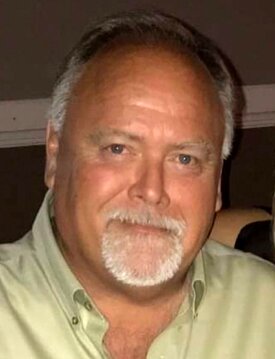 Passed away at the Sault Area Hospital on Tuesday, January 10, 2023 in his 64th year. He is now reunited with his mother Eleanore (nee D’Aoust) and father Angus Morrison and his brother Lee Morrison. Survived by his loving sister Christianne Monico (Jim), niece Mackenzie Monico and nephews Dylan Monico, Kirk Morrison and Reed Morrison. He will be sadly missed by his many loving aunts, uncles and cousins in Canada and Scotland. Predeceased by several aunts, uncles and his cherished championship pup, Kona Kai. Malcolm will be fondly remembered by his special friends Carol and Rod McCrystal of Hamilton and Margaret Rocheleau of Sault Ste. Marie.

It took a village, and Malcolm was grateful for his many earthly angels. Thanks to nurses Marney Hunter, Chelsea Kennedy and everyone in Dialysis, Ambulatory Care, 3A and especially those who made his final days and last Christmas so memorable on 2C (he loved his gift). Thank you to Doctors Castellani, Best, Imbeau, Fraser, Berry, O’Brien and Fratesi and J. Waugh, NP for always seeing Malcolm the person first, before the patient. To Jamie M. from MOD who kept everything in order and Cynthia L. from the PATH team who helped him settle in, thank you – it was not a small feat. Thanks to Heli, Sylvia and Elaine his OT’s that maintained optimal functioning and to SW’s Shirley P. and Megan P. for empowering him in a world where he had lost so much control.

Malcolm loved cooking, watersports, art, photography, travel, dogs and bird watching. In later years, he took great pride in his work on the Accessibility Advisory Committee of SSM (past Chair) and in his contributions to new facility design standard, heritage property improvements and accessible transportation improvements. Special thanks to Diane Morrell and Virginia McLeod who gave his voice meaning and his actions purpose. He is now free to fly again without restrictions of mobility, but instead with full, fresh wings and a peaceful heart. Soar free my brother.

Cremation has taken place and a private family service will be held. Memorial donations to SkiAbility Algoma, the Kidney Foundation or a charity of choice would be greatly appreciated by the family. Arrangements entrusted to Northwood Funeral Home Cremation and Reception Centre (942 Great Northern Rd, 705-945-7758).