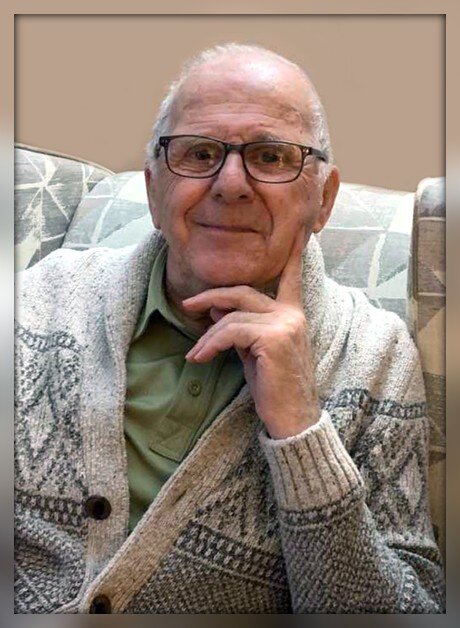 It is with heavy hearts that we announce the unexpected but peaceful passing of Frank in his 86th year, at the Sault Area Hospital on Tuesday, January 10, 2023 with his family by his side.

Loving and devoted husband of June for 56 years, he was the love of her life. Beloved father of Dean (Sharon) and Lisa (Norm St John). Cherished Papa of Brianna (Matt), Daniel (Martina), Ashley, Stephanie, Justin (Tiffany) and Hailey. His grandchildren meant the world to him, and he loved them all so much. Each one of them held a special place in his heart.

Frank was the son of the late Dino and the late Olga Del Bosco.  He is survived by his brother Ugo and predeceased by his brothers Peter and Louie. He will be deeply missed by many nieces, nephews, and cousins in Sault Ste. Marie, Montreal Quebec and San Quirino, Italy.  He will also be missed by many friends and colleagues, including long time family friends Tom and Pat Bonell.

Frank was born on August 2, 1937 in San Quirino, Italy and moved to Canada when he was 17 years old.  He worked a few jobs until he was hired by Rediffusion Cablevision as a linesman and worked his way up the ladder to become the General Manager.  Through his 40 years of service, he had seen Rediffusion Cable change hands to Lake Superior Cable, then to McLean Hunter, and finally to Shaw Cable, where he retired.  He was also involved with the City of Sault Ste. Marie, sitting on the Committee of Adjustment and the Fencing Committee for many years.  Frank loved to stay busy after his retirement.  He purchased U-Scoop Bulk Foods and ran that family business very proudly until he closed it in 2005.  He didn’t stop there, after that he decided to try driving the big yellow school bus.  He would often talk about how cute the “little ones” were getting on and off the bus. Finally, he went to GFL Memorial Gardens and worked as an Usher for the Greyhound games.

Frank was a social butterfly, ask anyone who knew him.  He loved people, he loved his family and friends, and he absolutely loved to laugh and joke around.  He appreciated and lived his life to the absolute fullest.

If we were able to ask him one question... where do we go from here? I guarantee you his answer would be “Damned if I Know!”

Friends and family are invited to visit at Northwood Funeral Home Cremation and Reception Centre (942 Great Northern Rd, 705-945-7758) on Monday, January 16, 2023 from 11:00 a.m. until the time of the Memorial Service in the chapel at 1:00 p.m. with Father Jeff Shannon officiating. Inurnment to take place at a later date. Memorial Donations to the Alzheimer Society of Sault Ste. Marie, or the charity of choice would be appreciated.