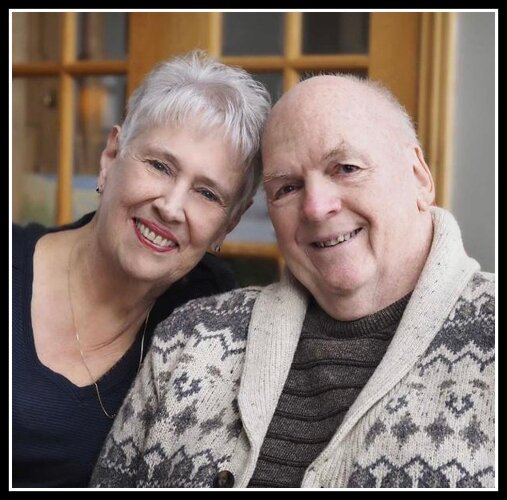 Please share a memory of David to include in a keepsake book for family and friends.
View Tribute Book

We are heartbroken to announce his passing after recent illness in his eightieth year.  After a 38-year career at General Motors in Oshawa, a founding member of the Canadian Autoworkers Union (now Unifor) and Financial Secretary of Local 222, because of his commitment to fairness and social justice, David was appointed by the Ontario Conservative government in 2001 as an Employee Representative of the Workplace Safety and Insurance Appeals Tribunal (WSIAT).  David was reappointed by subsequent Liberal and Conservative governments notwithstanding his lifelong commitment to the New Democratic Party, a testament to his sense of fairness and justice, and earned respect that crossed political lines.  David adjudicated several important cases for the people of Ontario until his retirement in 2021.

Born in Oshawa in 1942, he formed lifelong bonds of friendship with innumerable people over the years growing up and living there.  Although it is impossible to name everyone, each one of them knows and cherishes those friendships.  For all his life, David’s mobility was challenged by muscular dystrophy and yet by determined perseverance, personal dignity, and fierce independence, he was never hindered from working tirelessly on numerous social justice issues, including important avant-garde precedents such as securing benefits for same sex couples and benefits for those suffering addictions.  Furiously opposed to racism, homophobia, and discrimination, David was driven to seek justice for all.

David was a lifelong fan of the Boston Bruins, Toronto Argonauts and Toronto Blue Jays.  An outdoors enthusiast, he enjoyed fishing and hunting with friends and family over the years and camping with his family.  He was also a proud new Northerner, moving with his wife Sharon December 1, 2021 to live in Sault Ste. Marie and enjoy time with family and friends there.  He loved watching the birds at his feeders, the visiting ducks begging for food, the otters, bobcats, and other wildlife on the St. Mary’s River at his new home.  While it is unfair that his plans of retirement life in the north did not come to fruition, he had enjoyed many trips to the Sault over the years, partaking in the outdoor activities and friendships that gave him so much joy, and forming many friendships very meaningful to David.

Certainly, David lives on in his family, those he served in Oshawa on the boards of Lakeridge Health hospital facilities, Durham College and the University of Ontario Institute of Technology, and the people of Ontario in his WSIAT adjudications. Survived by his wife of 57 years, Sharon Broadbent, and his son’s Jeff Broadbent (Franca), Brian Broadbent (Monica), grandchildren Robert, Carly, Nicholas, Katie, and Emma, and great grandchildren Jayce, Jazlynn and Carter, he lives on in the hearts and minds of all.  Predeceased by his mother Mary (Welsh) and Percy Broadbent, and sister Velma Cornish, he is survived by brother Ed Broadbent, brother-in-law Barry Cornish, both of Ottawa, and brother-in-law Tom Kinsman (Bonnie) of Okotoks. David will be fondly remembered by his many nieces and nephews.

The family extends heart felt gratitude to Dr. Jarrett, Dr. Haidar, Dr. Webb, Dr. B. Best, and all the compassionate nurses of 3B and 3C of Sault Area Hospital.  Special thank you to Alistair Rasaiah and the extraordinary team of Apothecarium Pharmacy.

In keeping with David’s wishes, there will be no service.  After cremation, he will find his place in the various locations he loved so much in the District of Algoma.  In lieu of flowers, David would have valued donations to Sault Area Hospital Foundation or Simcoe Hall Settlement House.